Oh no, surely not?

Martin Walker wrote:Oh no, surely not?

Martin Walker wrote:Oh no, surely not?

I guess you were seduced by the beardy,tweaky, subjectivist dark side Will! Passive RIAA was always technical nonsense.

ef37a wrote:If anyone was contemplating building an RIAA pre amp the best IC is the NE5534 single op amp. Gives about the best noise performance at MM cartridge impedances.

It was what Quad chose for their 44 preamp (this shows the TDA1034, which was the chips name before it changed to NE5534). The switches shown select one of three different input sensitivities (1, 3 or 10mV for a 5cm/second groove velocity) and introduce a 180pF capacitance in parallel with the 47k input termination.

Ah, well done Acoustical! I especially like the RF stopper at the front end but then would expect nothing less from them.

I understand the discrete 33 stage was not so clever?

There's a version of it at

with a short description at the bottom of

but you'll need to read Self On Audio for a full description.

Don't forget about physically cleaning the vinyl discs before you play them back. I have an old Nitty Gritty disc washing machine that makes a major difference in playback noise and pops, but there are other brands and types available. The main point is that most older vinyl LPs have dust and other foreign matter in the grooves that create a lot of the pop and scratch sounds on playback. If you try to remove as much of that as you can before playback you may not have to use so much noise reduction in post. Obviously you don't want to damage the surface and the microscopic grooves so you should use a well designed disc washing method.

The Signal Transfer Company make several Doug Self designs available either as kits or ready-built and tested PC boards.

I have built the kit of his RIAA preamp (the balanced output version, but there is an unbalanced output version as well) and it performs superbly well. It also has selectable MM and MC inputs (the latter via a discrete transistor stage IIRC). If you're interested I could dig out the build manual and share the schematic?

I saw that one Hugh and thought about buying a PCB but I don't see myself ever going for an MC cartridge so much of it would be redundant. The circuit that I linked to is basically the MM part of that design without the balanced output. The biggest hurdle at the moment is finding a suitable power supply from my collection of junk that I can turn into a dual rail supply.

I have just bought the balanced phono PCB, (007), from Douglas, who very kindly sorted out the supply problem, which is referenced in the link Hugh kindly placed. So I paid for two in the end, but am very pleased, nonetheless. And I have bought all the parts now: incidentally, if you want the SBS737 transistors, six are used in the MC stage, Nikko Electronics still have some for sale on their eBay site.

Back in 2012, I built another Douglas Self designed phono board, again MM/MC, but relay switched, together with a rather rarely used IEC, relay switched, correction facility. That board featured twenty six polystyrene capacitors and is part of the Elektor 2012 preamplifier, which Douglas told me a few weeks ago, is: "So far as I know it remains the quietest preamp in the world".

OK, I read the sticky about posting pics, so will have a go! 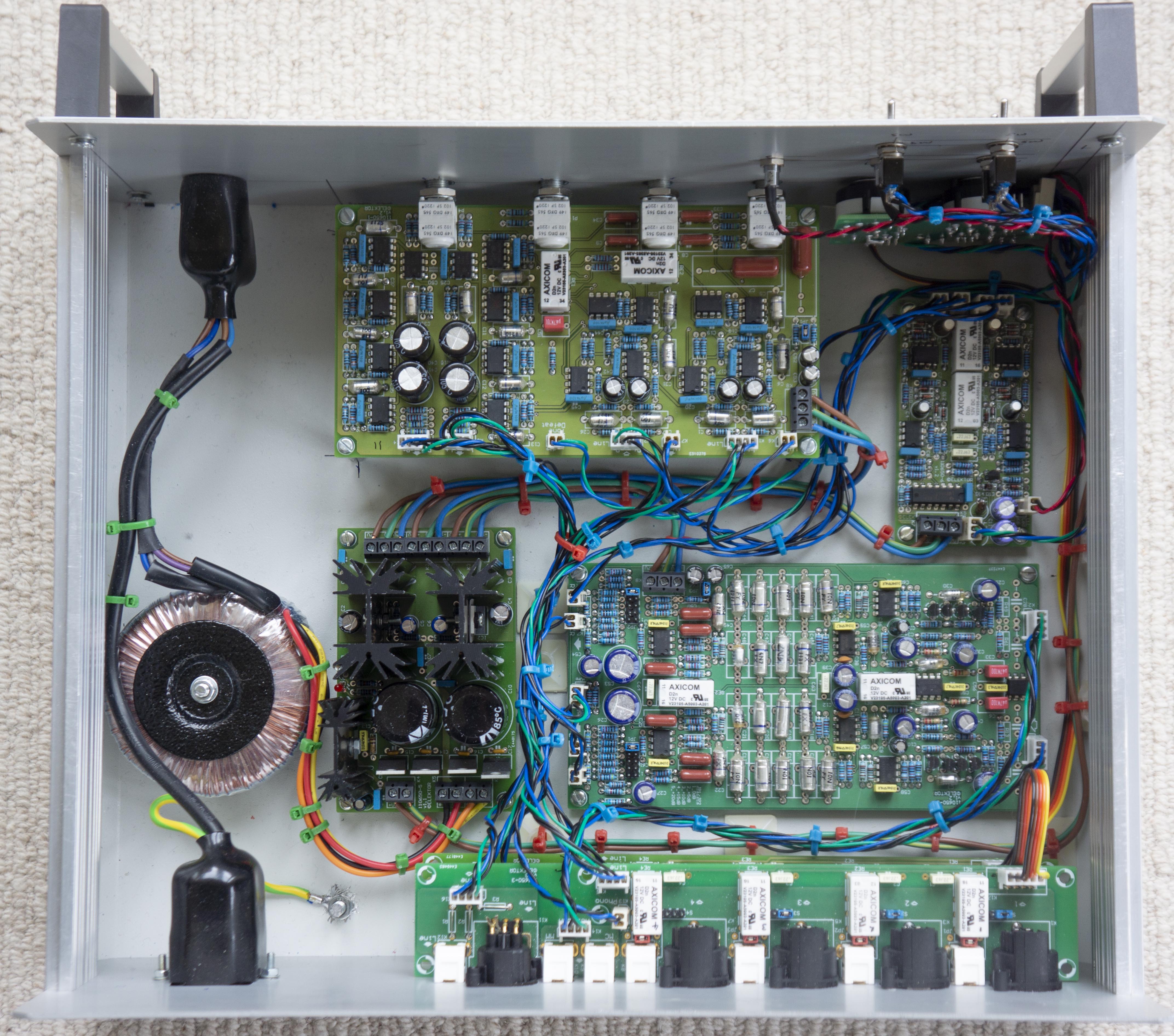