William87 wrote:Hi!
What kind of acoustic panel recommend me?

You could do worse than buy from these people https://gikacoustics.co.uk. Other brands are also available

But, there are loads of threads in these forums with detailed info on how to DIY, or what to buy, as well as regular "Studio SoS" articles in the magazine which frequently have to deal with room acoustics.

William87 wrote:Hi!
What kind of acoustic panel recommend me?

You could do worse than buy from these people https://gikacoustics.co.uk. Other brands are also available

But, there are loads of threads in these forums with detailed info on how to DIY, or what to buy, as well as regular "Studio SOS" articles in the magazine which frequently have to deal with room acoustics.

I was thinking of this acoustic panel:
https://perfect-acoustic.com/termek/classic-sound-absorber/

You will need some broadband absorbers too, and the claims they make of absorption down to 40Hz will most likely only apply to the 110mm thick panels spaced 100mm off the wall which takes up a fair amount of space in a small room. Detailed info is a bit sketchy on their website though.

Wowzer, that's a build to envy. I wish I had the space and budget to build something like this.

I know the thread is old, it's a shame the pics were deleted. I wanted to see what the final build looked like,

Also how was the sound insulation?

My dream would be to build an underground studio, sort of like how colin furze made his underground bunker (although he has stupid amounts of Youtube money to do whatever he wants).

I reckon you could have a drummer in his bunker and you wouldn't hear a thing.

AudioPhilisopher wrote: My dream would be to build an underground studio, sort of like how colin furze made his underground bunker (although he has stupid amounts of Youtube money to do whatever he wants).

If I recall correctly, it wasn't youtube money that paid for his extraordinary underground bunker but Sky sponsership. More power to his elbow, his content is brilliant!

In my case I use studio space not only for engineering but for inspiration, so being underground in a room without a window that has a nice view would feel a bit weird. Not that my current space has such a view but I've always considered that a massive compromise and I'm hatching plans to mitigate that.

If that wasn't a consideration though...

Last month, I had the pleasure of a three day session with legendary producer, John Wood, and his client, a very talented (and all round super nice guy) singer/songwriter, Lloyd Williams from Brighton. They came to capture some new material and do some overdubs of previously recorded tracks. I was quite nervous as this was my first high profile client. John is so experienced and worked in so many studios, I was anxious whether mine would live up to expectations? I remembered I had an obligation.... to update this thread.

I mainly use Logic, John uses Pro Tools. So, John brought his laptop and a few of his preferred mics from his place in Aberdeen.

The session went fantastically well. We patched his MacBook into my Apollos and everything worked fine. Halfway through the second day, we had a problem with the laptop, so we considered doing the session in Logic, on my mac, which would have been a bit of a ball ache for the PT overdub sessions. Luckily, I had never used the demo period offered by Avid, so downloaded this to my Mac and was up and running after an amazing lunch, supplied by my lovely wife. I actually managed to navigate PT quite intuitively and with a bit of tutoring from John, felt comfortable with the basics quite quickly.

We were recording acoustic guitars, banjo and vocals, there was even a harmonium involved! The three days were really productive and I had the benefit of three days mentoring by a producer who has recorded some amazing music. John left me with some stems and tracks from a couple of recent projects to play with in the remainder of my 30 day PT demo. A true gentleman! Lloyd commented on his positive perception of the sound of the tracking room and John confirmed that pulling up the sessions for mixing at his home studio, everything was great.

The only thing lacking was a decent powered speaker for talk back in the room. The one I had in place had a perceptible hum, which the condensers picked up. We ended up using the DT100s cups outward full blast, which worked for the session. I will get a decent quality studio monitor that will just be used for talkback in the room.

The isolation between the rooms is pretty amazing, as is the isolation to the outside world. I have been in the studio during a thunderstorm and not even noticed. The only perceptible leakage is through the cable duct between rooms and once I have finished the tie lines I will use expanding foam to seal that.
Being the procrastinator I am, I hadn’t decided on tie lines so temporarily had a pre-made stage box through the wall duct. Of course once something works you tend to put off the expense and hours required to create a wall plate and patch panel for every eventuality (most of which will never be used!) However, the loom was way too long at 15m and was unwieldy, so for the session I decided to remove the stage box and just put through a handful of mic cables and headphone extension cables. This worked perfectly well and had me second guessing about putting a wall plate in place with extra connections in the chain etc. I was considering just patching everything directly to the mic pres, but it soon became clear that I didn’t enjoy squeezing behind the rack to re-patch things. So the next stage - (which is currently underway) - is to finish the wall plate and patch bay.

The Aircon is silent and effective. It can be running on low fan speed and there is no perceptible sound from the ducts. Having said that it is rarely used, as the fresh air system seems to do most of the work. This is also silent. I still can’t believe that it is effectively an open path to the outside and there is no noise.

The doors worked well, but I did have an issue with a builder who did some decorating and painted the rubber seals! They stuck to the door and got ripped. This made a massive difference to the isolation, so I replaced them with face mounted perimeter seals which did the trick.

So in the next few posts, I will share the pain of hardwiring the tie lines and patch panels. 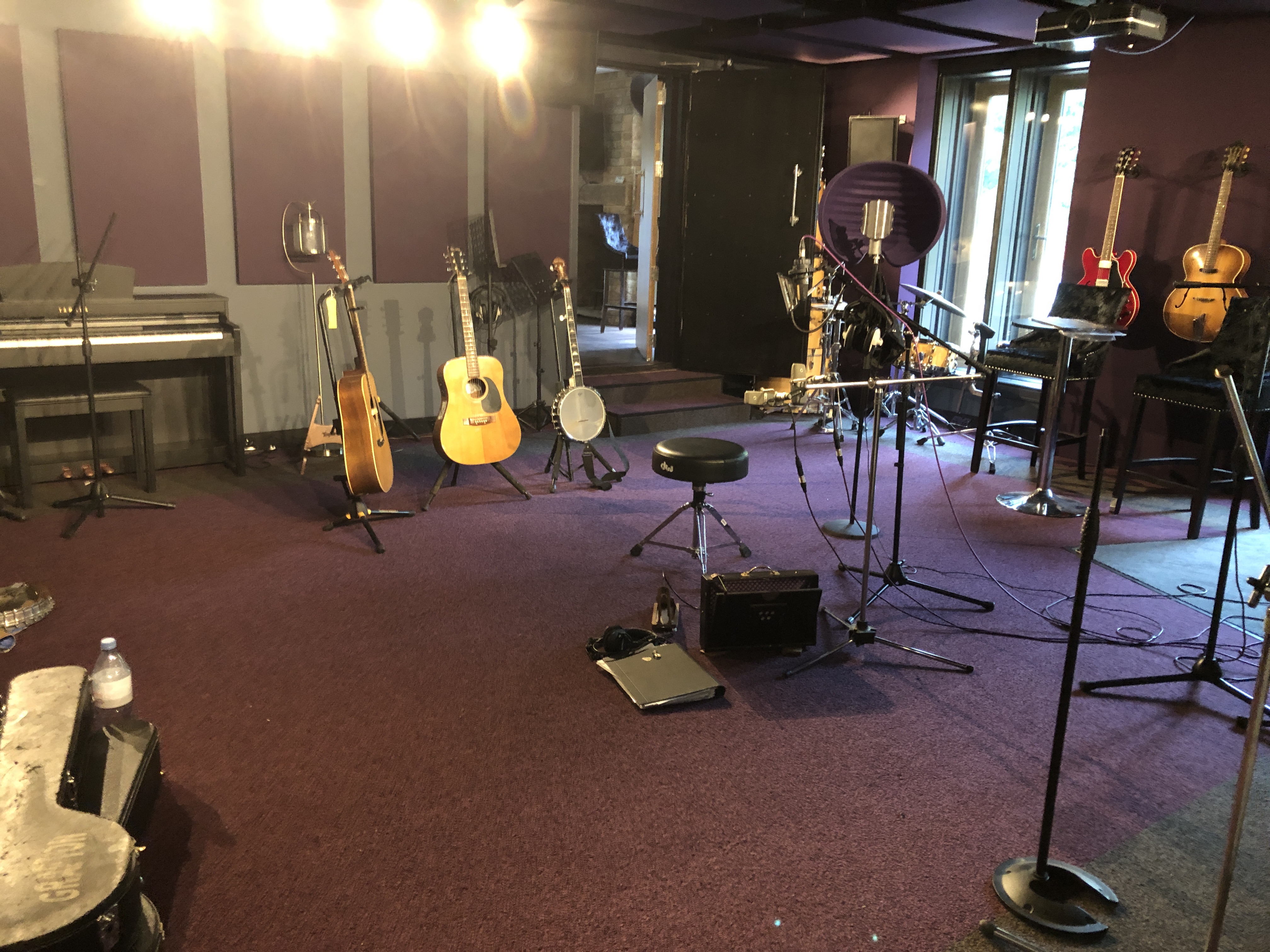 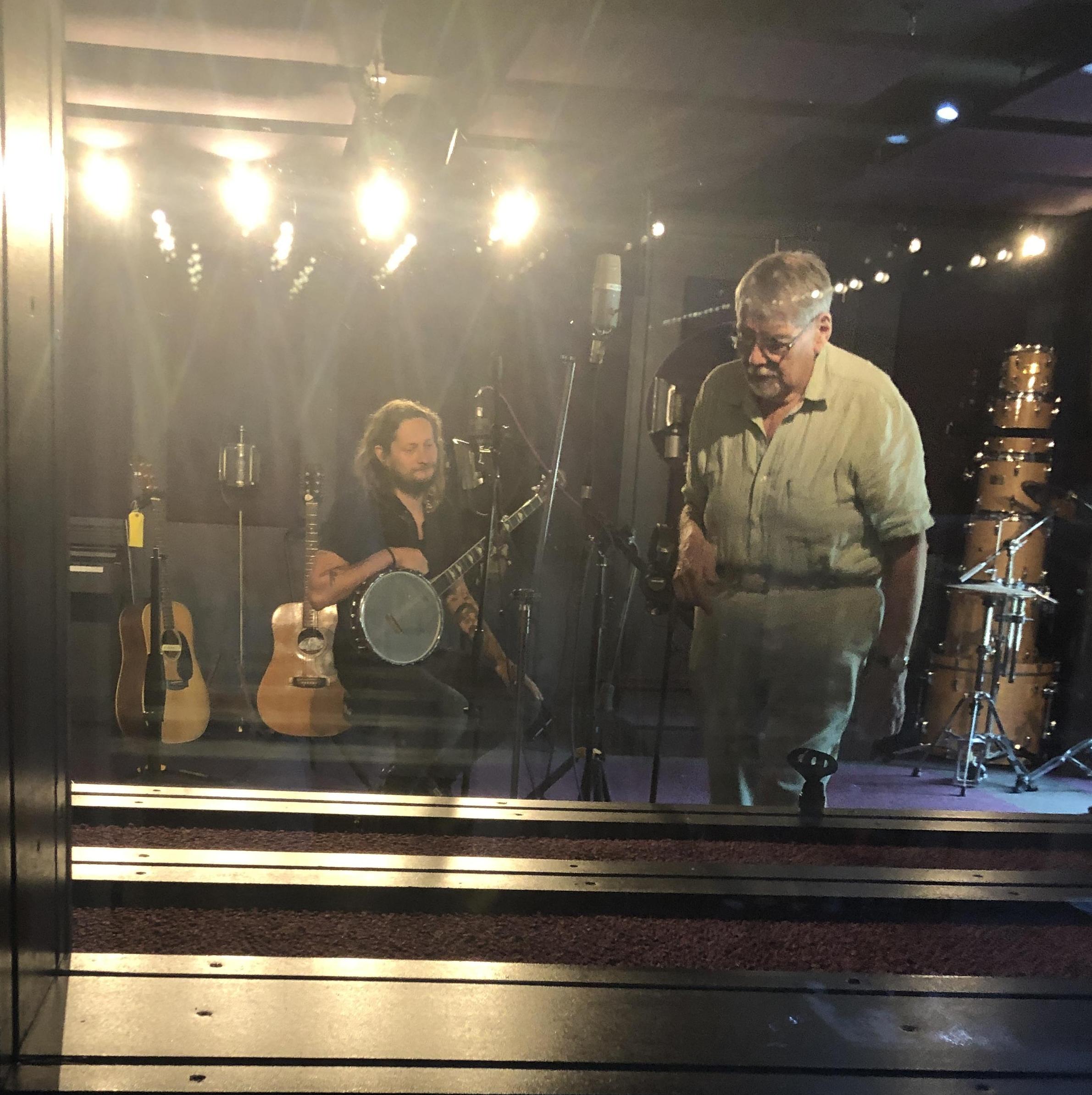 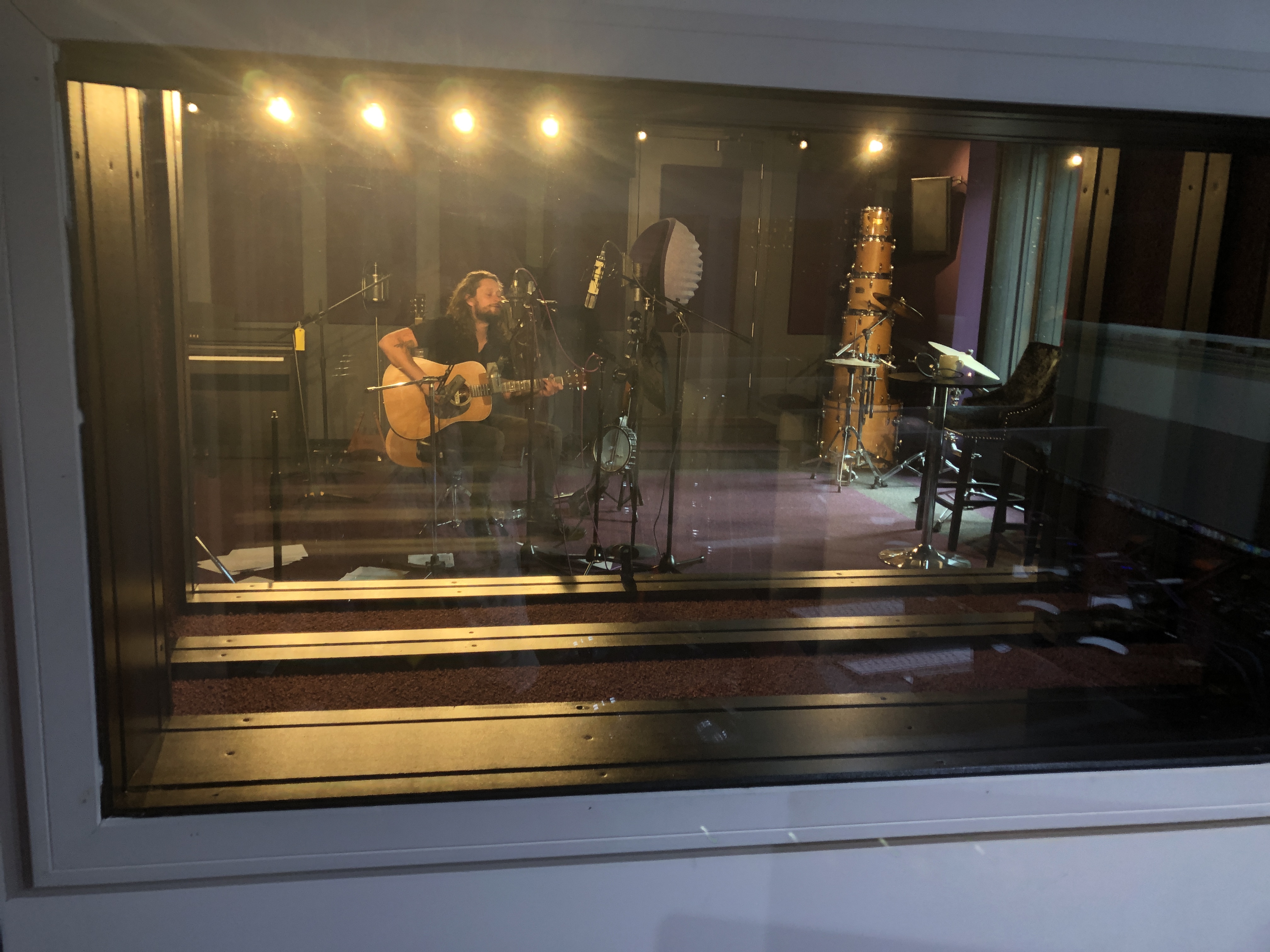 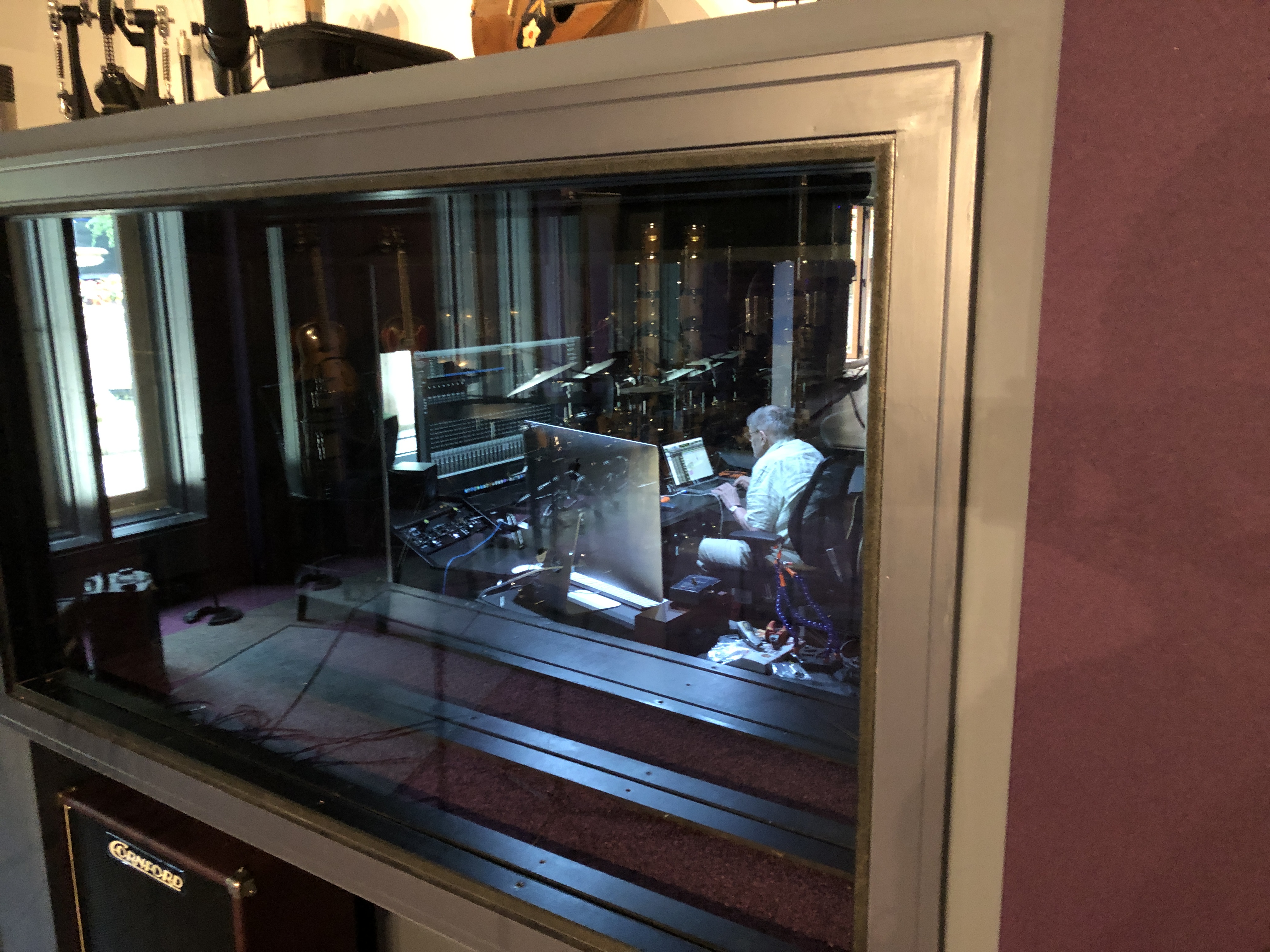 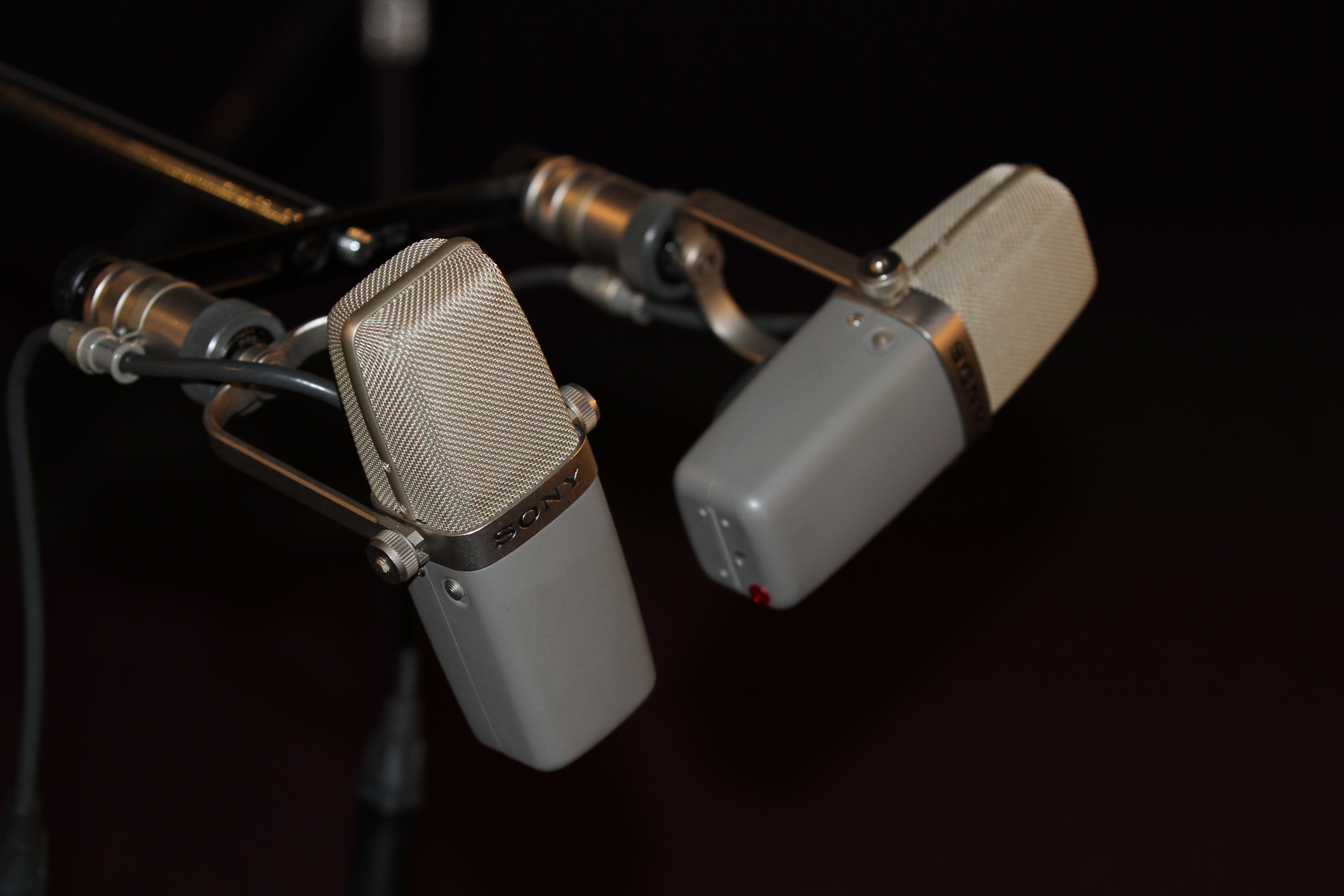 Thanks for the update. Great to know it's getting (and giving) good vibes

Lovely so hear that it's all worked so well.

and seriously glad you hard work is paying off.

Thanks everyone, and a special thanks to Howard Turner, who did the plans and calcs for the traps. And always being on the end of the phone or e-mail, through the whole process.

Here is an image of the wall plate I ordered. it is actually a custom 6u rack panel. This will be mounted on a panel in the tracking room, flush with the wall 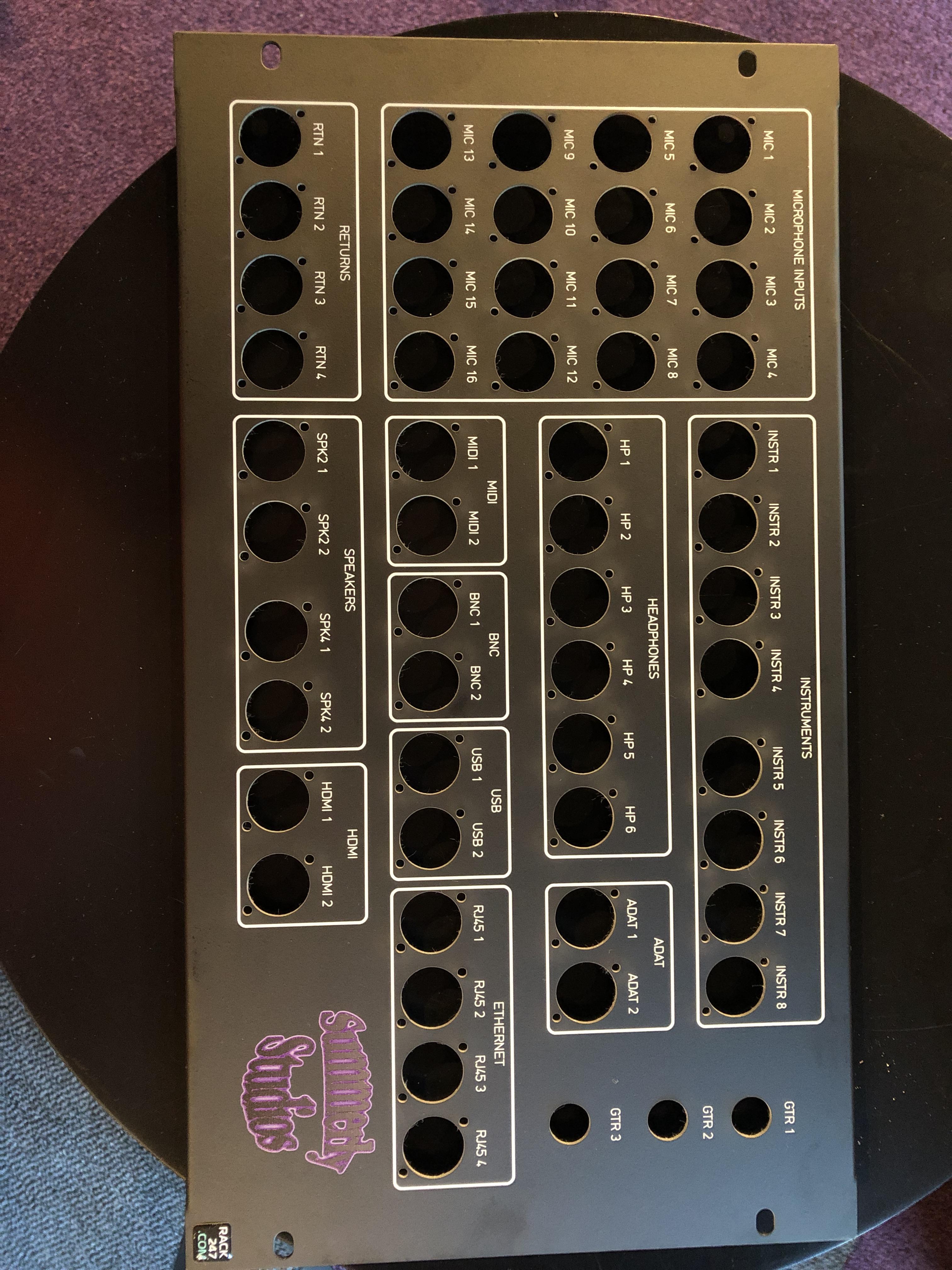 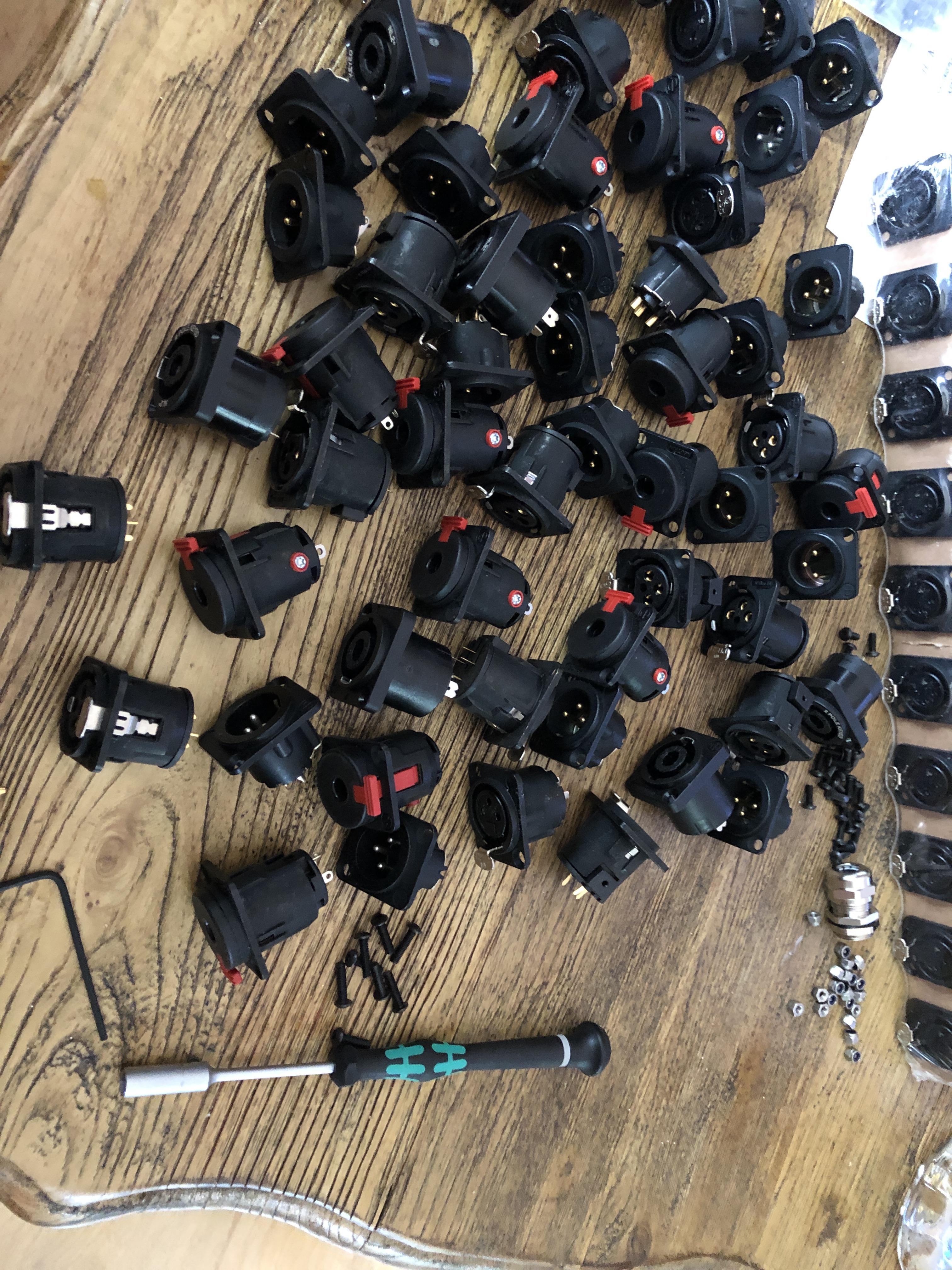 And the assembled plate. 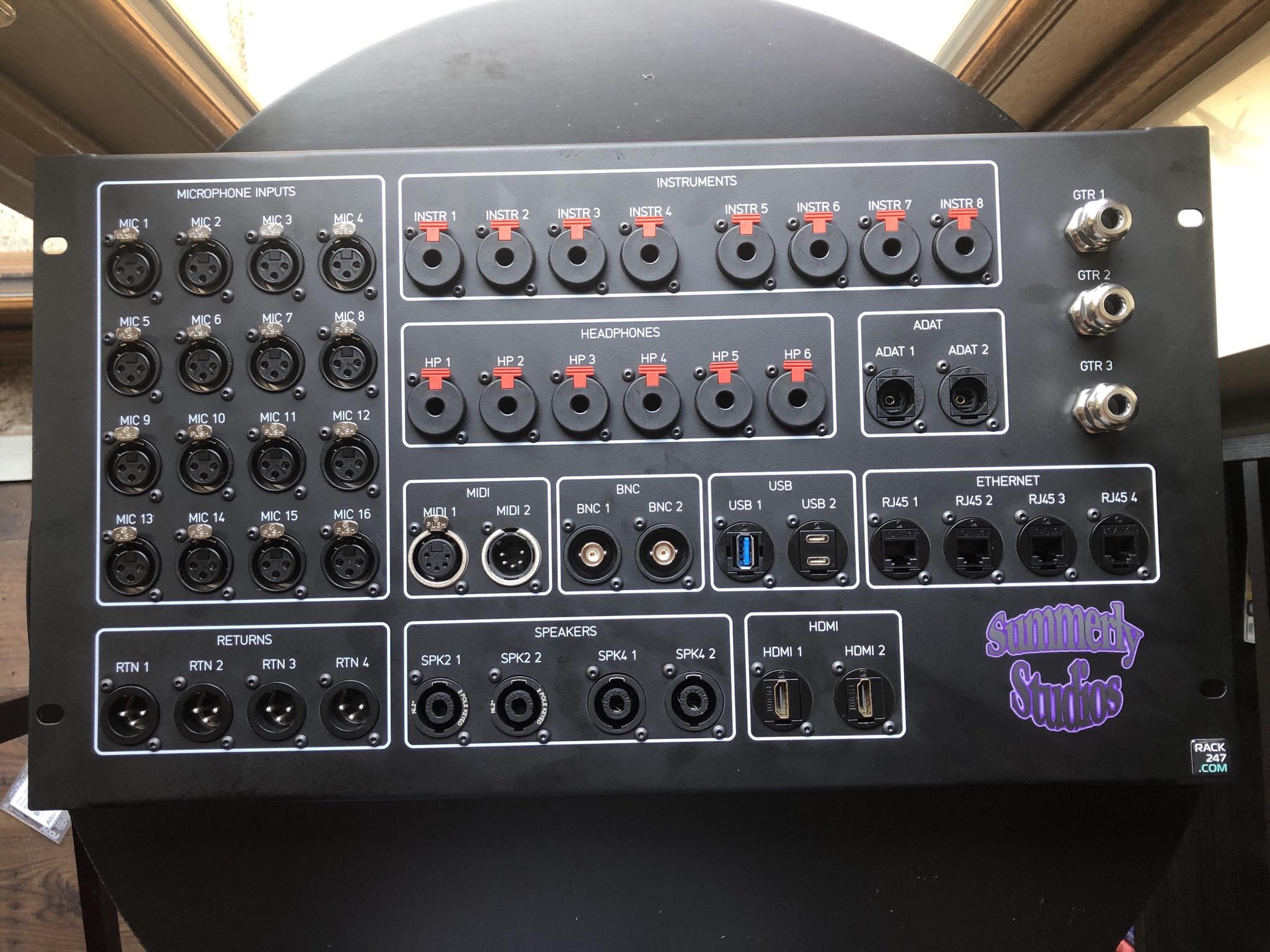 A little overkill but you can be sure whatever is left off is always what is needed at some point.
Just got to wire it all up!
Cheers, T

Tonyes335 wrote: A little overkill but you can be sure whatever is left off is always what is needed at some point.
Just got to wire it all up!
Cheers, T

Really tidy, and not overkill at all in my book. I'm a firm believer that you can never have too many tie lines!

The amount of times I've seen places with additional cables running through doors or out of windows because someone didn't think ahead when installing is more than enough to convince me.