I've been looking out for the rare/discontinued Axis 64 for years now. I thought I might be within reach when one turned up at Vemia a few weeks ago, but was outbid at £1100, plus fees and delivery. That's just too much.

There's another one for sale at the moment on Reverb, but it's even dearer at £126K...

...behold the original prototype for the Axis 64. Now, that's cool. 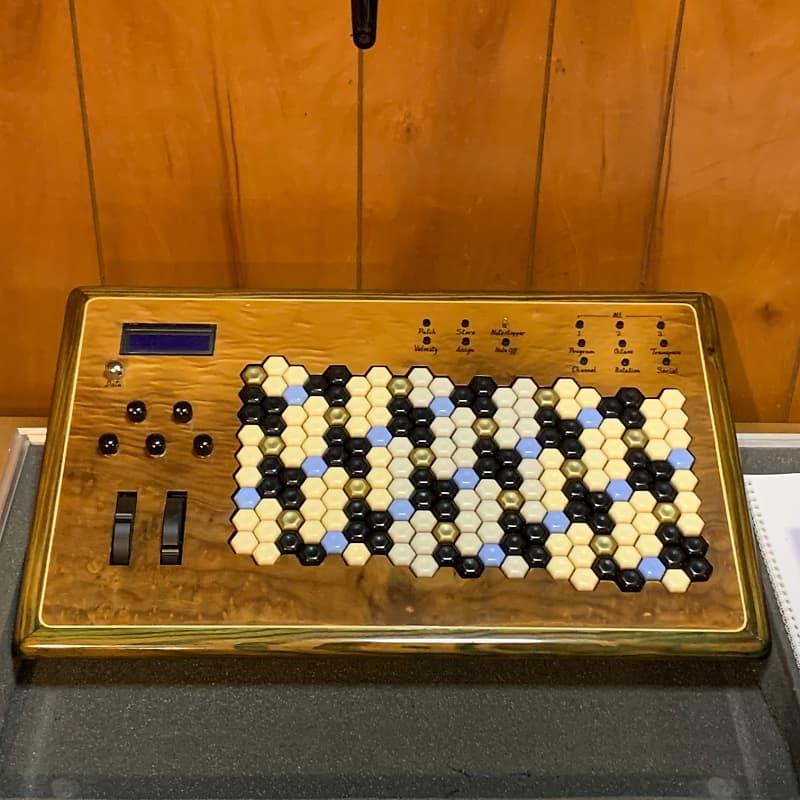 There are currently only two hexagonal MIDI controllers commercially available; the Lumatone and the Microzone, both well over $3K. But I still think the Axis 64 had something special going for it, and I'm daydreaming about trying to build a clone. I think I found just the keys for it.

This is a new Hall-effect analogue key in the Cherry MX format. (The Lumatone uses Hall-effect keys. These produce a continuous range of values rather than on/off, thus velocity.)

To my surprise, I recently found these are already available to order, and comparatively cheap. I've ordered half a dozen to start with, though if this works out I'll need a few hundred more. (And a crash course in Arduino key-scanning libraries.)

Looks very interesting. Where are they actually available from?

I originally came across these optical ones...think they might be out of production and selling off old stock, though I'm not sure. (I'm also not certain if these are entirely self-contained, or if they're just part of the sensing mechanism.)

I contacted them via the address on that page to ask, and they suggested the Hall-effect ones instead, although I don't see them advertised anywhere. But they let me order half a dozen which are apparently now on the way.

Here's a blog from a few years back where they describe the different technologies.

They produce "gaming keyboards" where individual keys provide a range of analogue values for use with compatible software, but potential applications seem much wider, and I think they're hoping they'll catch on.

It's very difficult to find light, comfortable buttons which can be used to deliver velocity information, so they could be onto something.

Assuming they work...what's the best way to sample the state of a couple of hundred of them with a Teensy to get note-on velocity values?

(The original Axis used a custom silicon-rubber overlay with concentric carbon contacts. Velocity was calculated from the timing between the two consecutive connections.) 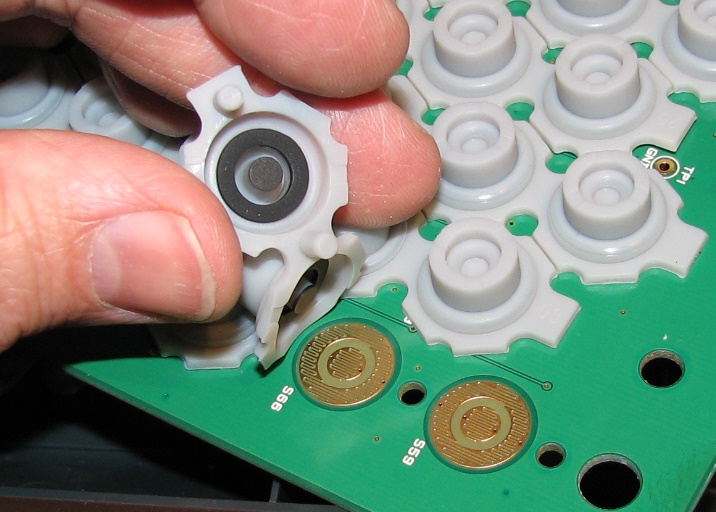 ...oh, looking at those keys again, I don't reckon they include the Hall-effect sensor, just the magnet that activates it. In the same way, I think those Flaretech optical keys only have half the equation.

Never mind; still interesting. If this is the case, you can pick up bundles of Hall-effect sensors fairly cheap if you know what type you want. Hopefully they can advise.