For anything relating to music-making on Windows computers, with lots of FAQs. Moderated by Martin Walker.

I've always been surprised how bad Bluetooth MIDI support is in Windows 10. Maybe it's just me? I don't think so though. I've never been able to pair some of my Bluetooth MIDI gadgets with my desktop PC; the Artiphon Orba, for instance, and when it does work it's complicated and flaky.

So when CME announced pre-orders for a new Bluetooth dongle called the WIDI Bud Pro a few months ago, I signed up, and it arrived yesterday. 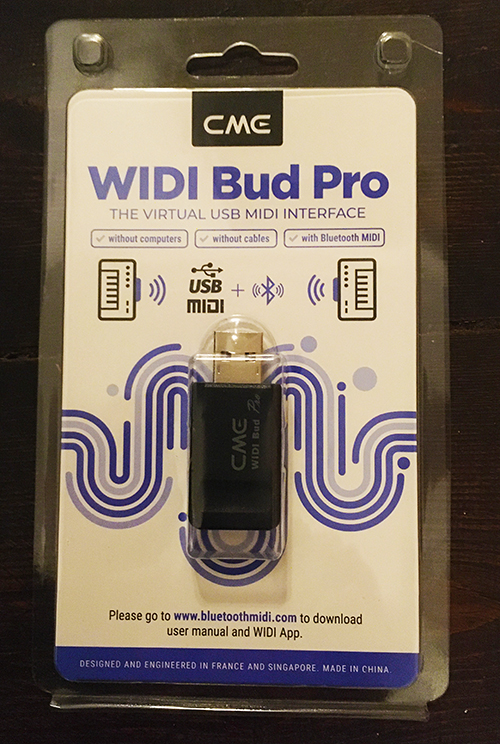 I was slightly baffled by it at first. It didn't pick up a driver automatically, nor did it appear in the Bluetooth section in Device Manager. But after following the instructions to download and install this Korg driver (?), it appeared in the "Sound and Video" section instead. And then...bingo.

No messing around pairing devices; it seems to handle that malarkey itself. All you need to do is select it as a MIDI input, and it just works, apparently grabbing info from nearby Bluetooth MIDI devices without prompting. I was finally able to get the Orba working as a wireless MIDI controller - which is great, because as a standalone instrument it's quite limited, but as a controller it's pretty good.

Nice one CME. They announced another USB accessory, the WIDI Uhost, at the same time. I think the idea is to be able to use any standard "class compliant" Bluetooth MIDI device wirelessly, even if it requires power. For instance, something like a Continuumini.

I also got one - and I have some of their WIDI Masters.

I wouldn't use them for performance data, but for control surfaces and switches I'm quite happy with them.

An Eagle for an Emperor, A Kestrel for a Knave.
Post Reply
2 posts • Page 1 of 1