This looks a very interesting device indeed. No keyboard, rather a series of expressive sensors for the fingers. Judging from the demonstration in this video it's could be an wonderful performance instrument in the right hands.

I liked the timbres too; ranging from bells and strings through synth basses to complex distorted organic noises. It's in prototype stage at present but apparently there will be 32 synth engines in it with 64 variations of the sound produced by each.

The creator estimated a price of about €1000 for the production version which would be in a mass-produced square wooden body, though they'll be offering a more expensive version which uses slices of tree-trunk as well.

At that price point I'll be keeping en eye on developments, I want one 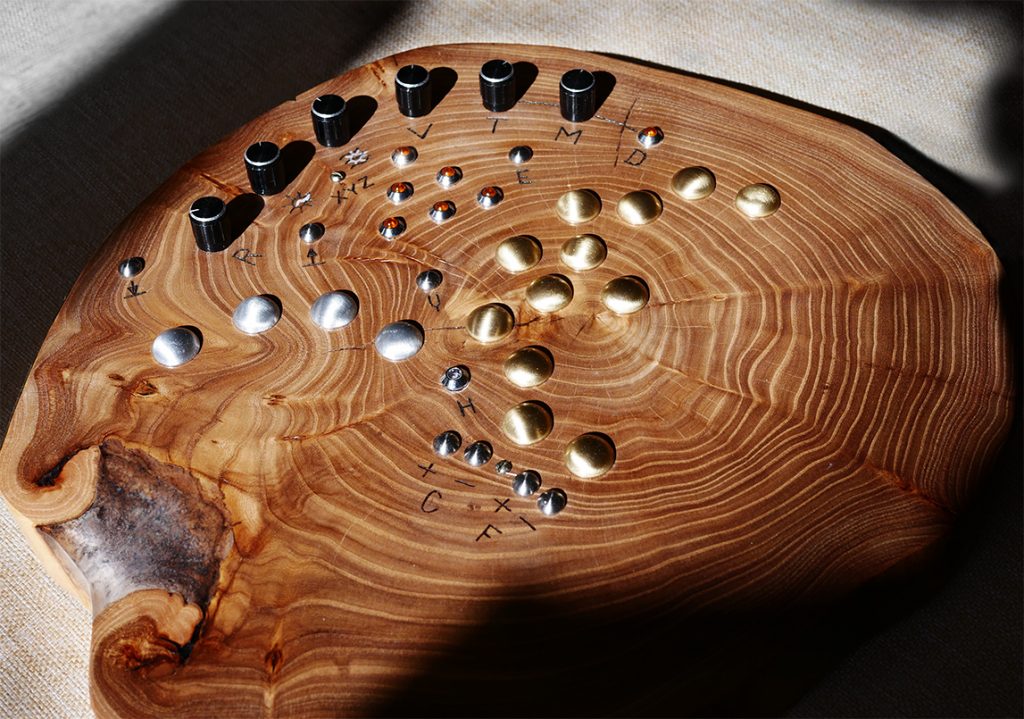 The sounds are reminiscent of those I've been hearing from prototypes of the Expressive Osmose. Nicely organic, which goes well with the design.

I like the non-conventional interface, though I'm not convinced of its practicality.

I'd love to see one of those on a Eurovision stage!

The Elf wrote: ↑Fri May 13, 2022 7:16 pm I like the non-conventional interface, though I'm not convinced of its practicality.

Historically I've been somewhat skeptical of many non-conventional interfaces but something about this feels different. The controls can be locked to scales (and by the look of it, pretty much any scale you want including microtonal ones) and my hunch is that this could end up being practically playable in ways that would require a lot more practice with most instruments of the genre.

The expressiveness on top of that is very attractive. My eyes are peeled for future developments!

Another fever dream wonderment from Soma!

Wow - just finished watching the Terra inventor put it through its paces, and I'm really keen as well. It's so encouraging to see radically different interfaces that really can be used in such a musical and live performance way.

Sounded like a Dr Who soundtrack from the 70’s when he first started playing!!

They say you are what you eat but I don't remember eating a f**king legend!

I guess Woody Guthrie would have liked one of these. That said guitars are made of wood too!